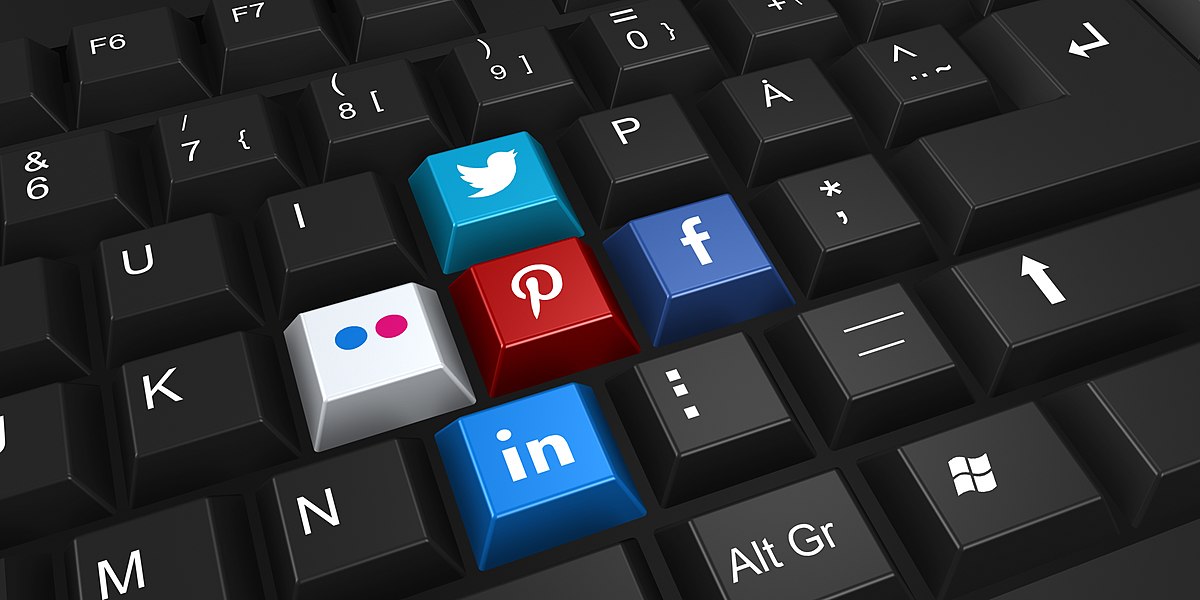 The only thing that does not change is change itself.
—Heraclitus

Years ago I saw a cartoon that showed a caveman pointing at a wheel. The caveman was saying, “Everything is invented; technology cannot advance anymore.”

It was, of course, a joke and many other things were invented after the wheel. While you are reading this article, thousands of scientists and technicians are working on the next gadget that will change our lives in the next five to ten years.

Although most popular inventions change the way we live, only new mass communication tools are capable of creating big social impacts and transforming societies.

The Legacy of McLuhan

McLuhan, who is famous for his words “The medium is the message,” was the first to point out media’s power of transforming the world we live

McLuhan is not alive today and we don’t know if he would consider the advent of the Internet or social media as the beginning of another era; but we do know that whenever the way people communicate changes, many other things change. In other words, when the way people exchange messages changes, the world changes.

As Eric Schmit, the CEO of Google who famously claimed that “in every 2 days we create as much digital content as we did from the dawn of civilization to 2003,” explains:

“The Internet is the largest experiment involving anarchy in history. Hundreds of millions of people are, each minute, creating and consuming an untold amount of digital content in an online world that is not truly bound by terrestrial laws…. Never before in history have so many people, from so many places, had so much power at their fingertips. And while this is hardly the first technology revolution in our history, it is the first that will make it possible for almost everybody almost everybody to own, develop and disseminate real-time content without having to rely on intermediaries.”

(Introduction, The New Digital Age: Reshaping the Future of People, Nations and Business)

Technology According to Clay Shirky

Clay Shirky, an Internet researcher from NYU, claims that the fact that we don’t waste our time passively watching TV as we did in the 1950s, ’60s, and ’70s, and that we are connected to millions of people with high-speed Internet, enable us to produce and distribute creative and original content collaboratively. According to Shirky, mass media and social networks, two important components of modern societies, are now quite different from any of their previous forms, and are more interconnected than ever before.

In the past, news was created by news reporters, curated by editors, and distributed by media conglomerates. Today, news is created by average citizens and distributed via free public channels like Twitter and YouTube. By the same token, the way social networks are formed today is totally different.

With the new social media platforms, forming a group and gathering new members may just take hours—something that used to take days, months or years in the past.

Besides social media’s impact on individuals, one should never overlook its effects on social transformations and movements. For instance, the Arab Spring, in which average people toppled anti-democratic governments in Egypt and Tunisia that had held power for decades, is now considered a social media–driven political movement. Although Malcolm Gladwell rejected the idea that social media can cause revolutions, as many uprisings changed societies before the social media era, many researchers seem to agree that social media played a critical role in the context of the events because

One can expect that social media will still be one of activists’ preferred weapons in the twenty-first century, since social media cannot be censored, can help people organize in a short time, and has strong, immediate effects.

Another aspect of social media that we should not forget is its crucial role in natural disasters. Social media were used to inform publics and request help during the Tohoku earthquake, the Australia bush fires, the Red River flooding, and many other disasters from all around the world.

Since traditional methods of communication tend to fail during emergencies (electricity might be limited and phone lines may not function properly), social media can become a savior. Some scholars claim that beyond help and information, we use social media for emotional support and to maintain the sense of community when disasters strike.

For example, in a study we conducted after the Tohoku earthquake, we experienced an emotional roller coaster when we saw desperate calls for help on Twitter from a victim and then a happy message after the same person was saved by the rescue forces. Some researchers’ analysis showed that an early-warning system for people who live near disaster-hit areas could be easily be developed based on messages posted on Twitter.

For instance, a sudden  increase on Twitter in certain words, such as shaking, fire, burning, quake, etc., means a disaster has likely occurred and all government forces should be alarmed. This would not only help establish cost-effective disaster-monitoring centers in underdeveloped countries but also save many lives.

When it comes to doing business, the advent of cloud technology has made it easier and cheaper than ever before to store information. YouTube, Facebook, and Twitter have reduced the cost of marketing for new startups.

Because of social businesses, which connect consumers and suppliers, brands can co-create value together with all different segments of the society (e.g. customers, local governments, material suppliers, inventors, and NPOs can smoothly communicate on social networks and together create the most useful and desirable new products and services).

Nevertheless, consumers, not brands, seem to be the biggest winners in this social transformation led by social media. Nowadays, consumers have more information about products and services and more alternatives to choose from. With the help of social media it is very easy for people to get their friends’ opinions or expert views about products that interest them.

This, in turn, reduces the power of advertising and increases the power of word of mouth. What’s more, with social media as a free PR tool in hand, dissatisfied customers can force companies to make big concessions or change their practices completely.

For instance, in 2008, United Airlines refused to refund a customer whose guitar was broken in the cargo. Angered by the indifference of the company, the owner of the guitar made a song and a YouTube video titled “United Breaks Guitars” that showed the company’s amateur handling of the case. After the video went viral, United Airlines apologized and offered two new guitars. In the pre-social media era, the company likely could have easily gotten away with this episode of poor service.

They empower us to communicate, coordinate, mobilize, and socialize more effectively, but at the same time we all have a tendency to avoid and confront these new tools when our privacy and safety are threatened. The following list summarizes the solutions provided by the ubiquitous mobile technologies that also create different problems:

The reflections of these paradoxes can be clearly seen in the use of social media. Today many people take breaks from popular social networks, exhausted by the information bombardment in their news stream and fed up with their friends’ annoying or impersonal messages.

Today, 90% of kids have witnessed cyberbullying in social media, and some authors claim that the new generation may not be able to communicate like normal people do because most of their social interactions are online.

Beside these seven paradoxes, the constant change in communication technologies and the ubiquity of the Internet also impact us biologically. According to Nicholas Carr,30 our brains simply process information and operate differently now, because we don’t use our long-term memory as much as we did in the past.

Furthermore, information noise and the constant distraction of social media cause us to lose our ability to focus on a task.

Similarly, researcher Paul Johnson argued that in the post-Internet era our brains have changed significantly. He drew attention to “brain plasticity,” which means some areas in the human brain may expand or shrink depending how much we use that particular area.

For instance when people lose their sight, their touching senses may develop further because the brain area allocated to touching expands. Brain-scan studies that compared how people use Google showed that different areas of the brain activated among different people.

These findings indicate that people with no Internet experience treated Google results like a textbook and tried to make sure they could remember the relevant info. On the other hand, the priority of the Internet-savvy seemed to be comparing and contrasting that info with what they already know, as well as thinking about how they can use that info.

All different kinds of emerging technologies are also subject to privacy or security concerns. Google Glass has been hailed as a prototype of wearable devices that will enable us to be connected all the time and record and retrieve information without any effort.

The device has already faced a serious backlash, having been banned in many premises because of confidentiality and copyright issues, in addition to concerns about invasion of privacy. (Some of these premises include banks, hospitals, bars, concert venues, and locker rooms.)

3-D printers were also seen as a great solution to solve the high cost of distribution and customization, but many were shocked to learn that now anyone can 3-D print a handgun at home. Similarly, low-cost drones can now be used to provide help to victims of disasters, improve the efficiency of large-scale farming, and maintain public security.

However, they can easily be used to collect private information and harm people. It wouldn’t be such a great future if ill-intentioned people had their own drones equipped with 3-D printed weapons controlled by Google Glass.

To sum up, after the digital revolution we digitized ourselves online. We disclose more information about ourselves at a higher frequency, to a higher number of people we don’t know, and in a variety of forms (audio, video, pictures, text, etc.) that can remain on the Internet forever.

Marc Zuckerberg, founder of Facebook, claimed that every year we double the amount of info we share online, because today what is private is not the same as what was private ten years ago. It is still debatable if the benefits of having our lives digitized outweigh costs.

When the U.S. government was caught red-handed breaching its citizens’ privacy by collecting data about almost every conversation Americans are having on the phone or via email, Obama put it this way: “You can’t have 100 percent security and then also have 100 percent privacy and zero inconvenience. You know, we’re going to have to make some choices as a society.”